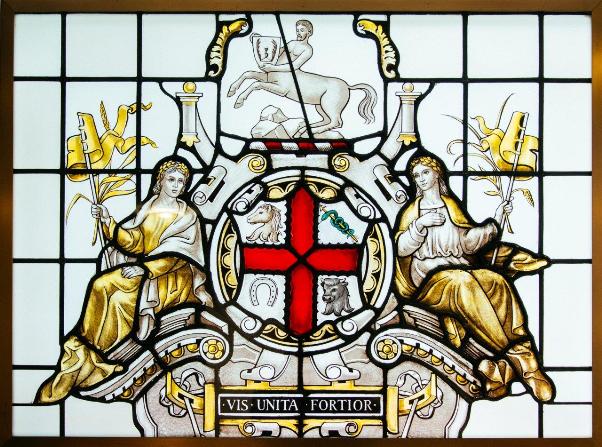 This Sunday, we will be watching, with baited breath, to see if the Queen takes her corgis aboard the Royal Barge, the Spirit of Chartwell, to celebrate the Diamond Jubilee with her.  Well, perhaps not, but in Britain the Pembroke Welsh corgi immediately evokes images of Queen Elizabeth II, walking her adored pets through the grounds of Balmoral or posing for portraits with a short-legged beast by her side.

According to Welsh folklore, corgis were the mount of choice of the fairy folk, when going into battle.  According to experts however, corgis probably have their origins in Scandinavia and were later used by Welsh farmers as cattle drovers.  The ubiquitous royal dog is undoubtedly an ancient, although not particularly majestic looking breed, steeped in folklore.

Her Majesty’s love of corgis was inherited from her father, King George VI, who introduced the breed into the Royal Family in 1933.  A corgi named Dookie was bought from local kennels and quickly became a favourite playmate of the royal children.  For her 18th birthday the Queen received a corgi named Susan, from which she bred a number of dogs.  The corgis that currently grace Buckingham Palace are called Monty, Willow and Holly.  Her Majesty also keeps several ‘dorgis’, a corgi/dachshund cross, named Cider, Candy and Vulcan. Princess Margaret’s dachshund, Pipkin, is the sire of most of the Queen’s dorgis.

The corgi’s exact breed history is not traceable.  Welsh legend tells of a hardworking farming community, who struggled to tend their cattle and make their cheeses. A pair of children tending to the cattle came across two puppies under a tree, almost identical to foxes.  The brought them home with them and were told that they were dogs, gifted to them by the fairies.  As these strange puppies grew, they helped the community herd cattle, guard their homestead and kill vermin.  Experts think that the corgi bares a similarity to several Scandinavian breeds, most notably the Swedish Vallhund.  The Pembrokeshire corgi was officially recognized by the Kennel Club in 1934 but could have arrived in Wales as early as the 10-12th century.

You can read more about the Queen’s love for animals, of all shapes and sizes, on the website of the British Monarch. For more details on the Queen’s Diamond Jubilee festivities, please visit the official website.

Queen Victoria and the vet who ‘took this turn for horses’
We use cookies to ensure that we give you the best experience on our website. If you continue to use this site we will assume that you are happy with it.OkRead our Cookie Policy
Scroll to top