At 11pm on 4th August 1914 Britain declared war on Germany.  That same evening at the Natural History Museum 300 guests were gathered for the conversazione and reception of the 10th International Veterinary Congress.  A Congress that had been many years in the planning ….

Programme of music at the reception

London had been chosen as the venue for the 10th meeting of the International VeterinaryCongress  (IVC) at the previous meeting in 1909.   The original plan had been to hold the 10th IVC in 1913 but as there was already an international medical congress in London that year the date was moved to the summer 1914,

The organising committee consisted of Sir John McFadyean, Principal of the Royal Veterinary College, his son-in-law Stewart Stockman plus 28 others including the RCVS Registrar Fred Bullock.  In July 1911 the Committee met for the first time – the main topic of discussion was how the estimated £3,500 needed to run the Congress would be found.

By October 1912 good progress was reported to have been made with the scientific and social programmes but only £300 had been raised.  Planning continued throughout 1913 – the RCVS voted to make distinguished foreign visitors Honorary Associates and the ‘coffers’ increased to £3,180.

In early 1914 it was announced that: the money had been raised; places at the commercial exhibition were selling well, and the papers to be presented had been translated into English, French and German ready for printing.

By June some 1300 delegates had registered and the stage was set for a successful congress and then … on  the 28th Archduke Franz Ferdinand was assassinated in Sarajevo and everything changed.

Over the coming weeks as the threat of war grew McFadyean and his committee considered postponing the congress but in the end, with so much at stake, they decided to carry on. 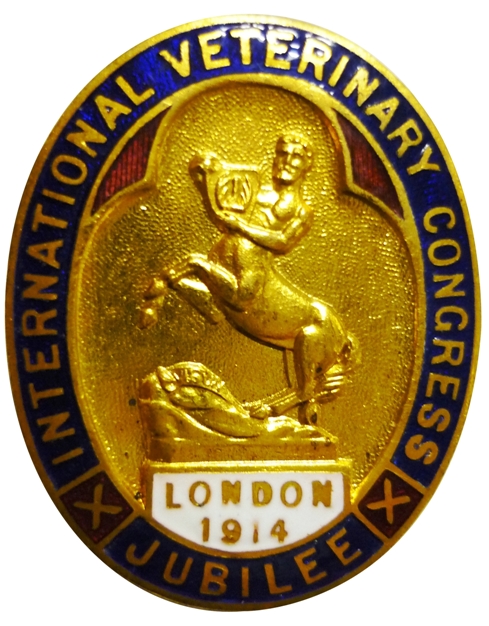 The first event, an evening reception at the Hotel Cecil on the Strand, took place on the 2nd August with far fewer attendees than had been expected

The following morning McFadyean officially opened the congress. There was good representation from the USA, Canada, China, Brazil and South Africa but representation from Germany, France, Austria, Serbia, Holland, Switzerland, Belgium and Italy was practically none existent.

After the opening addresses and the election of officers for the meeting, McFadyean announced the scientific programme would start the following day.

At 11am on the 4th August McFadyean again mounted the podium and uttered the following words “Yesterday we felt the cloud of anxiety… and today the cloud has become much darker”. He then proposed that the meeting should adjourn and reassemble at 3pm to transact the “business necessary to bring the Congress to a close”.  This they  did with all activities cancelled except for the conversazione that evening.

Thus 300 delegates were at the Natural History Museum, listening to the String Band of the Royal Artillery and studying the specially selected exhibits, as Britain officially entered the war.

It would appear that much of the winding up activities were left to the RCVS registrar Fred Bullock. This is probably why the records (letters, receipts, minute book, accounts etc) are in our archives.  Perhaps the most poignant memento we have of the congress that never was are the boxes of pristine congress badges whose intended recipients never even made it to London 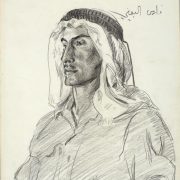 A time for reflection: Lieutenant Vincent Fox
We use cookies to ensure that we give you the best experience on our website. If you continue to use this site we will assume that you are happy with it.OkRead our Cookie Policy
Scroll to top